The Fusion Festival is a music and arts festival with a countercultural character. It takes place at a former military airport called Müritz Airpark in Lärz, Mecklenburg-Vorpommern, in northeastern Germany. The festival name is often depicted in Cyrillic letters as Фузион, but pronounced like the English word fusion [‘fjuʒən]. The annual festival was started by the Kulturkosmos organisation in 1997. It lasts four to six days, usually at the end of June. In 2015, the Fusion is scheduled to take place from June 29 – July 03.[dated info]

The festival gears to create a Temporary Autonomous Zone and a transformational environment. Due to its avantgardistic attitude and the variety of art, the Fusion Festival has been described by organizers as a European Burning Man,[1] although it is not an official regional Burn. It is also compared to the Glastonbury Festival. 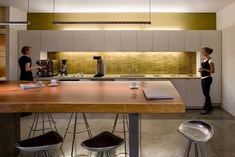