Barter Books is one of the biggest antiquarian bookstores in the UK with a tremendous selection of books from antique to contemporary novels. The place is so big you could literally spend a half a day here easily, inside the building you will find the orginal waiting rooms with roaring fires and places to sit and browse the books, they do what their name suggests as well, you can take in used books and trade against new purchases.

Inside is the Station Buffet – Open every day except Christmas Day, 9:00-18:30. (Last orders for hot food is 18:00) The Station Buffet is owned and operated by Barter Books. The inviting ambiance includes an open fire in three of the rooms, while the menu specializes in the owners’ own preference for comfort food at its best – all of which is home-made, using local produce whenever possible. This ranges from soups to bacon sandwiches and our own cutom made hotdogs to Northumbrian rarebit to baked goods to die for! Also on offer: barista coffee, teas, hot chocolate – and, yes, wine, too!

Back in April 1991, and in the face of a rather large overdraft, Mary Manley decided to open a secondhand bookshop – one that would be based on the swap system and called Barter Books. Her husband, Stuart, immediately took to the idea and suggested that Mary open the shop in the front room of what was then his small manufacturing plant, located in Alnwick’s magnificent old Victorian railway station. From that time a joint partnership was formed that would eventually result in what the New Statesman magazine would call ‘The British Library of secondhand bookshops’. 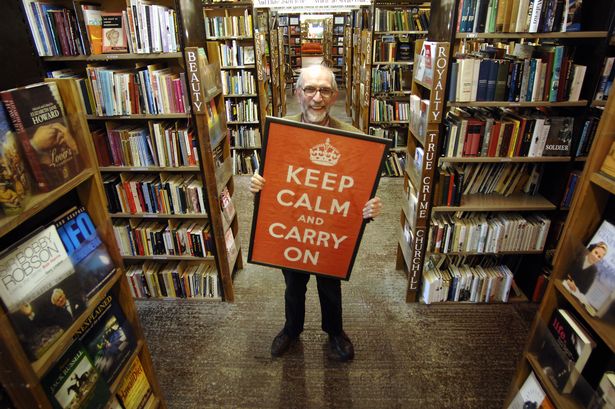