Stamba Hotel was conceived to highlight the industrial splendor of the 20th century publishing house in which it is situated.The Brutalist framework is shot through with nostalgic references to the roaring ‘20s and glamorous ‘30s, while fresh new touches lend the hotel a distinctly contemporary edge.

Inspired by the historic architecture of the former publishing house with its high ceilings and exposed brickwork, the interiors of Stamba’s rooms and suites are where Adjara Arch Group’s industrial-chic vision comes to life.

Opening out from the lobby is the grand Café Stamba,which offers an avant-garde take on the country’s traditional dishes and flavors, with a focus on foraged, regional produce. The breakfast buffet will quickly become a thriller for people who crave everything fresh and tasty. Outside hotel guests are invited to order from the special a la carte breakfast menu. One can also enjoy a delightful Chocolaterie and Roastery presenting a selection of high quality artisanal chocolate made in house, and coffee.

Beyond its main building, Stamba Hotel presents a series of outside spaces including a verdant courtyard garden that leads to the hotel’s outdoor amphitheater, the presence of which further cements Stamba’s deep connection with key Georgian arts and cultural institutions.

Stamba’s show-stopping Aviator Casino is reminiscent of the grand European gaming houses, offering first-class tables and sumptuous interiors, accented by grandiose vintage chandeliers and bold tones of red. Together, all components conjure images of the golden age of aviation, for which the casino is named, augmented by airline crew-inspired staff uniforms.   Text ; Rooms Hotels 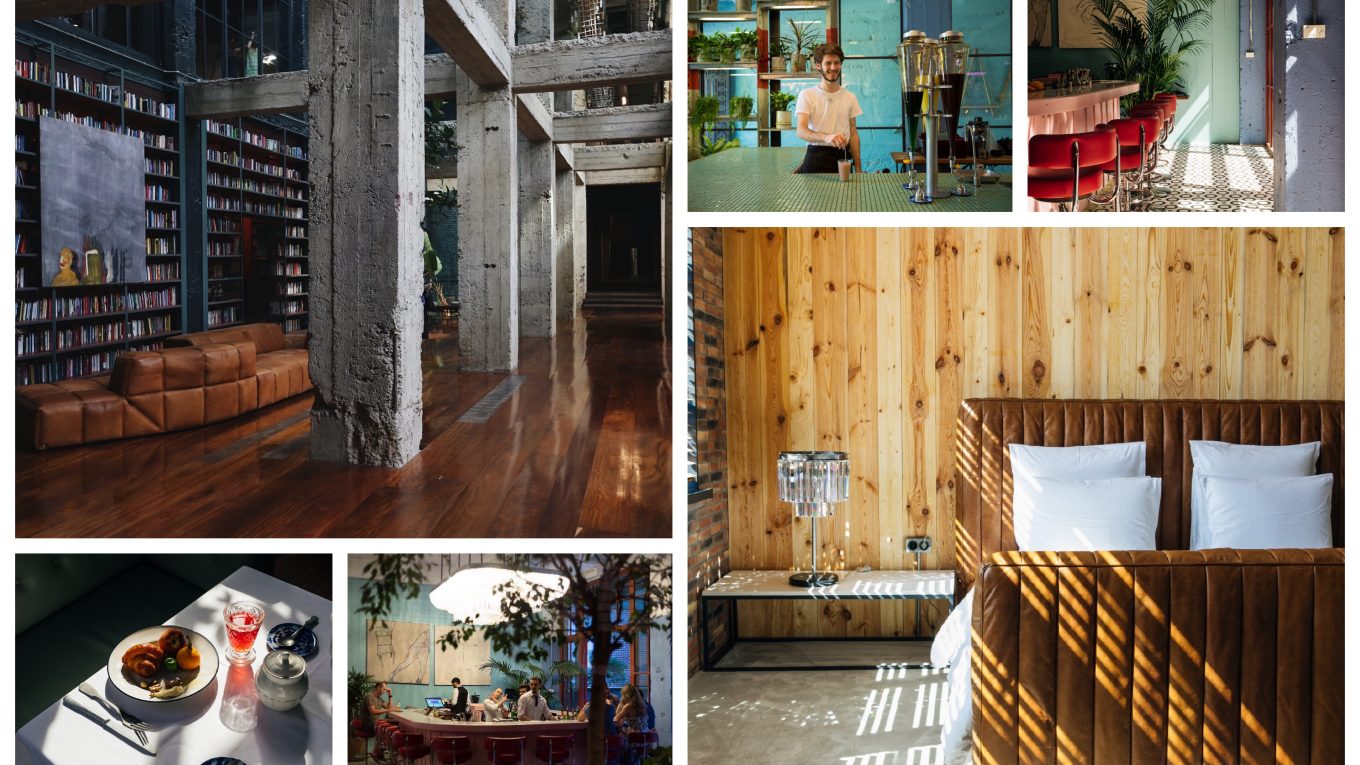