Café Pförtner in Wedding has in its second season proved that’s it’s one of the best restaurants in Wedding. Visit for lovely Italo-inspired food with tons of international flavours in a very charming location.

Café Pförtner is located in an unassuming corner of Wedding, right next to the small canal Panke that stretches through the district. The restaurant opened in late 2013 and became a true Geheimtip during the summer of 2014 when people from the area and the nearby studios started coming around. After the successful summer Café Pförtner took a break during the winter but is now back, better than ever. In what used to be the gatekeepers house of a former BVG repair shop, you can nowadays enjoy some of the finest grub in Wedding. The place is like a small labyrinth with a pretty small indoor area and two large outdoor areas, in the front and in the back. What the venue might lack in sophistication it sure makes up with a lot of charm. And a bus. Yes, the masterpiece of the Café Pförtner location is an old BVG bus from the 70’s that has been remodelled into one of the coolest dining rooms in Berlin. So if eating a nice candlelight dinner in a bus is on your bucket list, this is your chance.  text ; http://berlinfoodstories.com/ 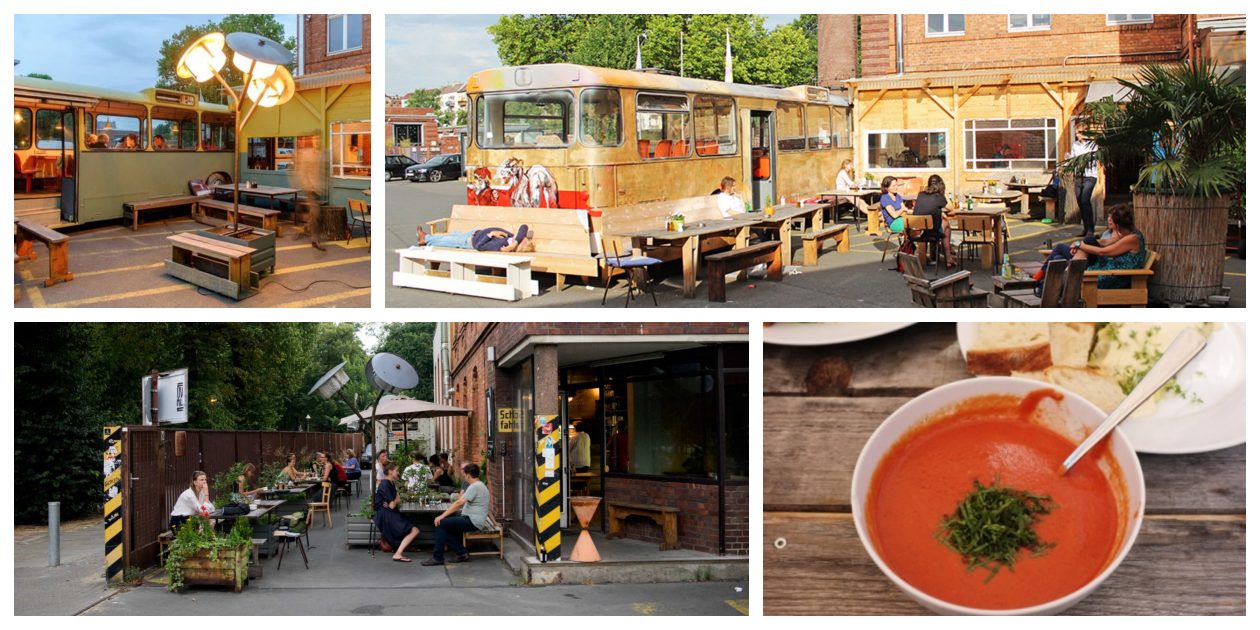