Lotus Belle tents was founded by Harriet Seddon who grew up in the south west of England. She spent large parts of her childhood camping with her family. Resonating with the gypsy lifestyle and as a young teenager she went to live in a tent throughout the summer months. Hari’s mum would often wake her in the mornings from her “tent bedroom” so she wouldn’t be late for school. At just 19 Harriet was in her first year of a design degree when she first drew the initial ideas for what became known as the Lotus Belle tent.

“I always wanted to be a tent designer from about 5 years old. I spent my early childhood making camping furniture out of mechano or bits of wood I found around the place, but I couldn’t work out what qualifications I would need to get a job with one of the big tent companies. I designed the Lotus Belle, but then put it on the backburner for a few years while I had my kids and thought I should get a ‘sensible job’ and worked as a textiles teacher at a high school. My passion for tent making started to creep back into my mind and I found myself encouraging teenage boys in my class to design and make one-man tents. I decided to bite the bullet, left teaching and showed my designs to a tent manufacturer who imported bell tents. He thought the design was great and took me under his wing to meet the factory where we made the first Lotus Belle prototype.”

In 2012 Lotus Belle went in to its first year of commercial production. In August of that year, intrepid traveller New Zealander, Jessica Walsh, was working in the UK on the festival circuit, where she came across one of the first models of Lotus Belle Tent. As a passionate environmentalist, Jessica recognised the potential for this product to help remove the issues she had witnessed with the waste and throwaway culture associated with nylon tents. She soon coined the company now eponymous motto ‘Tents for Life, Not the Landfill.’ Jess runs Lotus Belle in theUSA and Australia, and New Zealand.

We also have distributors now in Canada, France and the Netherlands. 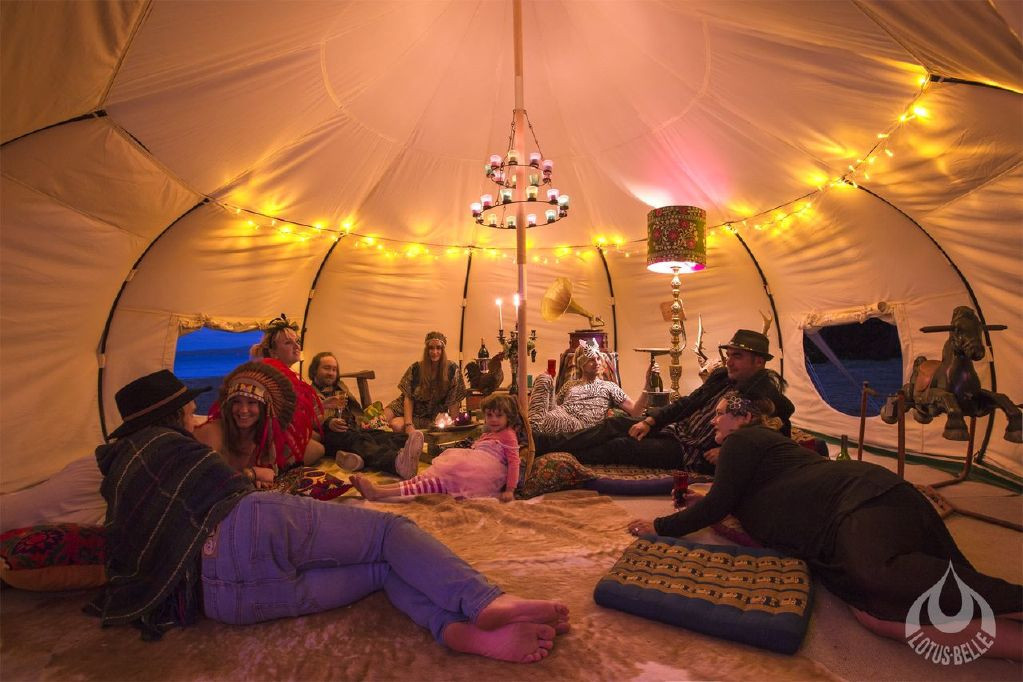